“The View from Her” Hermès Promotional Short – Fixer

1 minute promotional short, “The View from Her”. Shot entirely in Beijing 798 Minsheng Art Museum, the piece was a fusion of East and West that was sexy, breathtaking, and avant-garde.

HERMES The View from Her from Cinq Etoiles Productions on Vimeo.

Critically acclaimed “Eat the World with Emeril Lagasse”, Amazon Prime’s first unscripted show, hit the internet in September 2016. It was great fun (and delicious) working with Emeril and chef Mario Batali as a fixer for Episode 2, “The Shanghai Soup Dumpling”. The 26 minute episode took us across Shanghai on a dumpling pilgrimage to the city’s top 3 restaurants, as rated in the intriguing scientific Shanghai Soup Dumpling Index. With great shots, characters, and laughs, this was a memorable production for me that I was happy to take a bite out of. 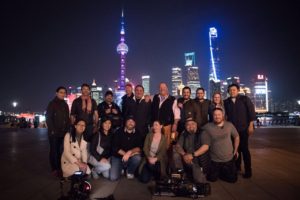 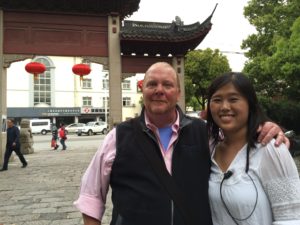 An ambitious 6 x 1 hour BBC/PBS series about the history of China presented by TV historian Michael Wood. Responsible for all aspects of China production over this three year project. Program is premiered on the BBC in January 2016.

4 part travelogue on the silk road for Discovery Channel, Mandy produced for the China episode. Program released in February 2016. 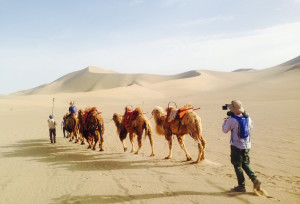 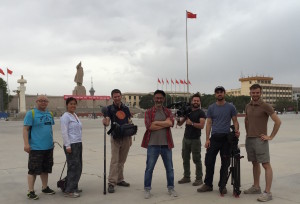 Half hour documentary for Discovery Channel. Selected as one of the winners of Nanjing Calling: Discovery’s First Time Filmmakers, Mandy directed and produced for Discovery Asia. Documentary premiered in October 2014.

An episode of the Emmy-winning series Jay Leno’s Garage. Program aired in 2012.

A hilarious project with comedian Des Bishop for RTE. Program aired in 2013.

One hour series for National Geographic on the greening of China and its implications for the world. Documentary aired in 2012.

Meet me at Starbucks – China Producer/Director

A viral video on life in a day in Starbucks around the world.